People facing terminal illness have a new choice – the possibility to end their own lives legally and humanely – under California’s End of Life Option Law that went into effect in June.

Doctors, lawyers, patients and people of faith are working to understand what could become a new social norm around dying and death, experts said.

Our technology leaves us “twisting in the wind” when it comes to end-of-life issues, ethicist Dr. Margaret McLean says.

Legal, medical and ethical leaders will discuss the End of Life Option Law during a free public seminar, “To Be or Not to Be,” at 10:30 a.m. Saturday, July 30, at Lincoln United Methodist Church, 629 I St., Lincoln.

A question-and-answer period follows the presentations. For more information, call (916) 645-9655.

“To Be or Not to Be” is organized by the Rev. Judith Morgado of Grace Lutheran Church, Lincoln.

“Issues surrounding life and death are not always clear-cut. We live in the gray where decisions are often difficult and gut-wrenching,” Morgado wrote when asked why she wanted to put on this seminar. “As pastor, I am called to offer a safe place where people can explore and discern tough questions that keep them awake at night.”

This event is funded by the Lutheran Development Society of Sacramento, Thrivent Financial and the Beulah Foundation of United Methodist Women.

Dr. Margaret McLean is a bioethicist at the Markkula Center for Applied Ethics, Santa Clara University. She will speak at the seminar, “To Be or Not to Be.”

Technological advances in medicine create new hope for extending life. But when the suffering of a terminal illness makes life unbearable, our technology leaves us “twisting in the wind,” said bioethicist Margaret McLean, associate director of the Markkula Center for Applied Ethics at Santa Clara University.

Patient autonomy to end suffering motivated the End of Life Option Law, McClean added. She will discuss the ethical struggles surrounding the law during “To Be or Not to Be” July 30 in Lincoln.

People make choices about medical care their entire lives, according to those who advocated the new law.

“I should be able to make decisions about when and how I die. It’s a logical extension of my decision-making authority. It’s arguably the most important medical decision I will ever make,” McLean summed up that argument

Legal aspects surrounding the End of Life Option Law, and its extensive requirements, will be discussed by Newcastle attorney Paul Comiskey. He has been an advocate for prison and juvenile justice reform.

Law regarding the end of life is inconsistent, Comiskey observed. California law generally limits personal autonomy in cases when a person endangers oneself or others. This new law “carves out a new niche” by allowing terminally ill people to obtain a drug they can give themselves to bring death, he said.

The law requires a patient to ask a doctor twice over two weeks for a prescription for a life-ending drug, then ask a third time in writing. All three requests are made directly to the doctor. A second doctor must review the patient’s record.

These requirements, Comiskey said, “imply that the doctor have face-to-face, personal contact to judge, not only the content of the words, but, is this person depressed? Or under duress from friends and family?” 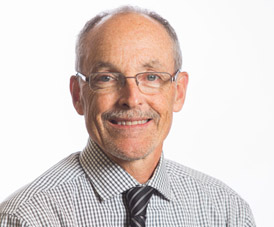 Dr. Michael Mulligan is a physician at Chapa-De Indian Health clinic in Auburn. He will speak at the seminar, “To Be or Not to Be.”

Doctors and hospitals have both new choices and new obligations under the law. Dr. Michael Mulligan, of Chapa-De Indian Health clinic in Auburn, will discuss this new medical landscape. He called it “possibly changing a social norm around death and dying.”

“Individual physicians struggle between two seemingly conflicting demands: to do no harm and to relieve suffering,” Mulligan wrote. At first, organized medicine opposed the law, but now largely has taken a neutral stance.

“Large health systems now are figuring out how to provide patients access to this option, but at the same time not forcing their physicians to do so,” Mulligan added.

Sutter Health has embraced the new law. A page on the group’s website explains in detail how a terminally ill patient can obtain a life-ending drug. (The corporation owns hospitals and medical groups in the greater Sacramento area and throughout northern California. Facilities include Sutter Faith in Auburn and Sutter Roseville Medical Center.)

Oregon passed the first “Death with Dignity” law in 1997. There, patients who receive an aid-in-dying drug report reduced stress and greater peace with their dying process, Comiskey said. That was the experience reported by Brittany Maynard, a 29-year-old Californian whose experience with Oregon’s law prompted California’s legislation in 2015.

PROVISIONS of the End of Life Option Law

What: Seminar on California’s new End of Life Option Law

Click here to read the End of Life Option Law

Click here to learn how PEACE Lutheran Church reaches out to our community.