Always remembered in Our Prayers

Every Sunday, we raise up many people and situations in prayer. We pray for our sick, for those in harm’s way, for peace in war-torn areas, for people affected by natural disasters, for those who are persecuted for their faith, and for anyone close to our hearts.

In addition, Pastor Eileen Smith LeVan raises up by name three Christians who have taken a stand for their faith in countries where being a Christian can be dangerous. We ask you to keep these people in your prayers, also! 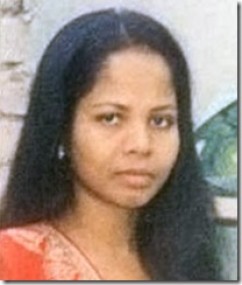 A Christian mother of three condemned to hang for allegedly telling coworkers in 2009 that she loves Jesus. In July, the Pakistani Supreme Court suspended her death sentence temporarily while case records are reviewed.

An American-Iranian pastor, Abedini was sentenced to 8 years in prison on charges that he compromised national security. Supporters say his arrest 2012 was rooted in setting up 100 house-churches for Christian converts a decade earlier, when the practice was tolerated.

A leading human rights lawyer, Dadkhah has defended hundreds of election protesters and a Christian pastor. He was convicted of trying to overthrow the government and spreading propaganda, and he has been in prison since 2012 for a nine-year sentence.

Click here to learn more about our faith life at PEACE Lutheran Church.