Peace Lutheran Church is “coming into the home stretch” of a long-term transition as the congregation seeks a permanent pastor, leaders say.

As members celebrate 50 years of ministry in Grass Valley this spring, they also are looking to the church’s future and considering candidates who would lead them there. (Click here to l earn about PEACE’s 50th anniversary.)

It’s a moment of “looking back with thanksgiving and looking forward with hope,” added interim pastor Rev. Tom O. Miller. 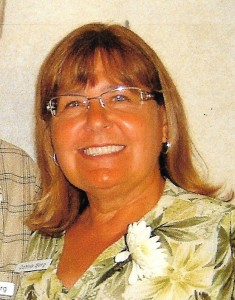 Connie Berg is chair of PEACE’s call committee, which is charged with selecting a new senior pastor.

The transition began in February 2013, when the Rev. Richard O. Johnson officiated at his last service after nearly 30 years with the church. (Johnson has been enjoying a teaching position with Fuller Seminary, with an online program and satellite campuses in Northern California.)

Soon after, the Rev. David Mullen came to guide the transition’s early phases. Congregation members organized teams to lead that work, which included contemplating new directions of mission and ministry. The Rev. Nancy Nelson, of the regional Sierra Pacific Synod, advised them to expect spending at least two years, and likely longer, in a process that would include self-reflection and self-evaluation before calling a new pastor.

“Our transition team worked with our members to discern their ideas, hopes and dreams for our future,” Berg said.

Members reviewed their history, inventoried their strengths and weaknesses, and considered different visions for the church’s future. Community needs also were pondered after public discussions with local elected officials and community leaders.

One result has been increased unity within the church, she said.

“Our sense is that we are looking forward as one body in Christ to new growth, new changes, and a new pastor with excitement, energy and hope,” Berg added.

The pain of change has been eased by the leadership of interim pastors, but recently was renewed with the death of staff organist and pianist Paul Perry; his high musical standards helped shape the church’s worship atmosphere. (Substitute musicians are leading worship services, and a permanent replacement is being sought.)

Other leaders in the church have died suddenly or have moved away to be closer to children, adding to the sense of change.

“In-between times are always challenging, but they’re also opportunities to grow,” said Miller, who came to the church as the second interim pastor in September 2014. The Nebraska native has been in ministry for 37 years and, like Mullen, is among a growing cadre of intentional interim ministers, specially trained to lead congregations during these times.

“Peace Lutheran is coming into the home stretch of the interim time,” Miller added.

Over the past six months, the call committee has interviewed two slates of candidates, with the assistance of the bishop’s office of the ELCA’s Sierra Pacific Synod. Committee members recently found one candidate who appears especially suited to PEACE, interviewed that candidate and heard the person preach in the otherwise-confidential process.

A few steps remain before a decision is final. Meanwhile, both the candidate and church members pray for the Holy Spirit’s guidance in discerning God’s will for both.

So, while it’s unclear how much longer the call process will take, transition leaders hope to conclude their work this spring.

Peace’s Call Committee recently wrote to parishioners: “While our goal is not to find a ‘perfect’ pastor – we understand this does not exist – we are looking for… a candidate that the congregation will be excited about leading us into the future.”

Click here to learn more about getting involved at PEACE.