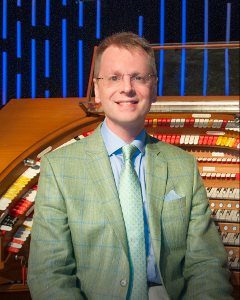 Simon Gledhill comes to us from England, bringing some rarely heard British music, light classics and works from the Great American Songbook. Our concert is by donation; please stay for the free reception following the performance!

Gledhill is so talented that our own Walt Strony has promoted his career! Says Strony, “I first met Simon when I was performing in London in the early 1980s. He was in high school at the time and played for me at a social gathering following my concert. I was impressed with what I heard and knew that he would go places.

A production of Arts @ PEACE

“Soon thereafter, Simon released his first LP in Britain. I was so impressed with that album that I worked behind the scenes in the United States to help arrange some of his first concerts in America.  Of course, he was an instant hit!”

Please take the opportunity to talk with Gledhill at the reception following his concert, before he hurries off: On Sunday night, Simon travels to Rochester, New York, where he and Strony both will play at the annual convention of the American Theatre Organ Society.

From Accordion to theatre organ

Gledhill took to music at an early age, starting on the accordion at age 6! He then discovered the electronic organ, piano, pipe organ and theatre organ. At 16, he won first place in the Northern Young Theatre Organist of the Year competition in northern England, where he grew up.

Gledhill has played theatre and pipe organs around the world. And like Walt, he was inducted into the American Theatre Organ Society’s Hall of Fame; the society also named him Organist of the Year.

Critics praise Gledhill’s “…rare combination of flawless technique, impeccable phrasing and an unerring sense of musical good taste.” He has made more than 20 commercial recordings, including the only recording ever made on the much-admired Wurlitzer organ in the Castro Theatre of San Francisco. He recorded his most recent in Switzerland.

Yet, music remains Gledhill’s active hobby. He studied organic chemistry at the University of Cambridge, but his career turned to finance. He joined Lloyds Bank in 1987 and worked there for 26 years. Now, Simon is a divisional chief risk officer at Legal & General, a multinational financial services company based in London.

A benefit for the Peace Organ Fund

Your donation at this concert will support the Peace Organ Fund – our effort to raise money to replace our aging instrument with one capable of playing real pipes! Donations now stand at more than $40,000! We need to get to $100,000 to place our order.

At PEACE Lutheran Church, we have a long tradition of praising our Lord and feeling his presence through beautiful, soul-stirring music. We invite you experience this divine language during our regular Sunday worship services, when organist Walt Strony fills the Sanctuary with sound.