Start the year with comedy! 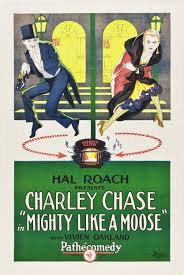 Silent comedic genius Charley Chase was a popular actor in the 1920s. His brilliant comedy “Mighty Like a Moose” is part of the Comedy Shorts! presentation at 4 p.m. Sunday, Jan. 27, at PEACE Lutheran Church.

Comedy Shorts! Start the new year with an evening of laughs! Laurel and Hardy, Buster Keaton and the brilliant Charley Chase will entertain you with their antics in three short comedies. Our inimitable Walt Strony provides musical accompaniment at the organ.

“Laurel and Hardy and Keaton are well-known, but Charlie Chase isn’t well known today,” says Walt, who chose these films to kick off our 2019 calendar of Silent Movies with Walt Strony. “Chase does have many loyal fans. His style is not slapstick, but he has some amazingly funny scenes.”

After the three films, please gather in the Fellowship Center for a wine-and-cheese reception. This event is a production of Arts @ PEACE. Admission is by donation; any gifts received will benefit the Peace Organ Fund and our effort to replace our aging organ with a new instrument capable of accommodating real pipes.

We’ll show “Liberty,” 1929, by Stan Laurel and Oliver Hardy as two escaped convicts. They get their laughs by inadvertently exchanging their pants, then get chased onto a skyscraper under construction. (Watch for the crab!)

Keaton filmed “One Week” in 1920. It features the woes of two newlyweds who receive a build-it-yourself house – buildable in one week – as a wedding gift. The humor comes when a jilted suitor sabotages the instructions. The United States Film Registry preserved “One Week” as “culturally, historically or aesthetically significant,” according to Cynthia Littleton, cited by Wikipedia. 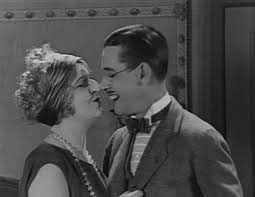 Vivien Oakland and Charley Chase portray spouses with protuberant features in a hilarious story of love, flirtation and surprise identities in the 1926 comedy, “Mighty Like a Moose.”

Chase was one of the great comedic actors of the 1920s. He filmed “Mighty Like a Moose” in 1926, produced by the great Hal Roach, who also produced Laurel and Hardy films and the “Our Gang” series. “Mighty Like a Moose” features a homely husband and wife who each uses plastic surgery to improve their looks. Some critics consider this Chase’s greatest film. The United States Film Registry preserved “Mighty,” which critics place among the great silent shorts, according to film historian Leonard Maltin.

“My favorite scene in ‘Mighty’ is the fight Chase has with himself – for the benefit of his wife!” Walt says. “It’s brilliant and very clever. He was definitely a genius.”

Walt gets us into the mood of the period with music that was popular in each of the years the films were created. Selections will include “Japanese Sandman” from 1920, “Fascinatin’ Rhythm” from 1926, and “Tiptoe Through the Tulips” from 1929. Walt accompanies the films and plays these additional selections on his own Walt Strony Signature Series theater organ, which is on loan to Peace, Walt will get us into the mood of the period